The transition is live. Following decades of ‘growth,’ leading to the creation of the most unbalanced industrial economy in history, the shift has begun. Today we are going to dive deep and explore the inception of The Entrepreneurship Era.

The movement to resolve societies biggest problems and restore balance into the economy has begun; however, it is not being led by the traditional suspects, business leaders and politicians, but by dyed-in-the-wool entrepreneurs.

After watching the destruction of the global economy from the sidelines, entrepreneurs have awakened and moved back onto the playing field. With resources mobilized and an ecosystem in place, they are ready to open up their big-game playbook and start building the new economy. This is The Entrepreneurship Era.

Simply being the owner of a business does not make you an entrepreneur. To be an entrepreneur means that you have to go against the grain and bring something into the market that is unknown. Opening up a Laundromat or food franchise has nothing to do with entrepreneurship unless:

While different, the two are not mutually exclusive. A businessman, on one hand, can launch a venture with capital at risk, which can theoretically be measured on an Excel spreadsheet. An entrepreneur, on the other hand, has to manage capital risk in addition to social, cultural and emotional risk, the majority of which cannot be measured statistically.

Understanding the differences between businessmen and entrepreneurs is important for several reasons:

To be an entrepreneur does mean you need to reinvent the wheel (ie. innovate). Nor do you necessarily need to build something from scratch, as entrepreneurship can be achieved from within existing organizations as well. But you do need to be working towards a high-level objective at something where the end result is about more than just the money being made.

New research shows that approximately 3.5 – 5% of the population are hard-wired to be ‘opportunity entrepreneurs,’ those who innately scan the horizon for opportunities to make an impact. The question is, what has happened in recent years to suddenly ignite the internal flame and propel entrepreneurs into action?

The Financial Crisis in 2008 sent shockwaves through the entire global economy and served as a big wake up call for many. Even those who weren’t laid off were suddenly forced to start asking the question, what’s happening here?

Thus the entrepreneurs who put their college dreams of building a business on the backburner for an i-banking career suddenly started to reflect and look at opportunities to add real value to society.

No matter what side of the global warming / climate change debate you stand on, there is no denying that we face unprecedented environmental challenges related to ecosystem destruction, deforestation, resource depletion, etc. With politicians engaging in endless banter and big business pulling the patrimony puppet strings, somebody else has to step up.

Thus those entrepreneurs with an inherent eco-consciousness and domain knowledge have started to take matters into their own hands and develop solutions from the ground up.

Last year we wrote a blog about ‘Youth Entrepreneurship and Crowdfunding’ that referenced a quote from One Young World 2012:

“youth unemployment is the biggest systemic threat to our generation”

With youth unemployment levels topping 20% in countries across Europe and LatAm, and youth underemployment critically affecting youth in countries such as Canada, youth joblessness is a time bomb that ticks louder with each passing day.

Young guns from around the world have heard the call – shakeup global business and bring GEN Y back into the economy – and are beginning to answer the bell by building their own businesses. 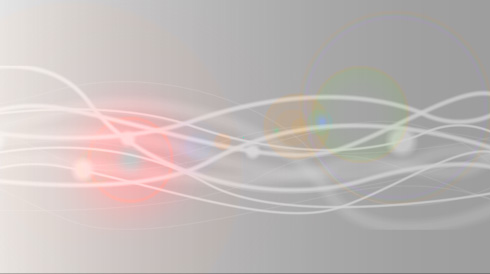 With millions of entrepreneurs around the world all of a sudden waking up to a stark reality, many have realized that it is their time to step up; however, seeing the problem is one thing, finding a solution is another. To mobilize the resources and catalyze action on problems of this nature cannot be done individually; in response to the need for collaborative engagement, three major trends have gone through an accelerated development process to support the genesis of The Entrepreneurship Era:

social-media usage has exploded in the last five years around the planet. The advent of social networks has given entrepreneurs the ability to mobilize people behind their brand and move their message into new markets without spending a dime.

today, the playing field for early-stage enterprises has leveled off substantially and social media has become the new medium for customer engagement.

technology’s affects can be seen everywhere in today’s society, but two technological advances in particular have brought entrepreneurs an exponential increase in productivity:

now, all any entrepreneur needs is a smartphone and Skype, and they can connect with anyone at anytime from anywhere on the planet, for free.

raising capital, especially at the seed stage, is the biggest barrier for entrepreneurs bar none. The inception of the crowdfunding movement was a direct result of the need for a more efficient and transparent way for entrepreneurs to raise capital.

today, entrepreneurs can use donation-based platforms to raise money for their early-stage ideas almost anywhere in the world, and in a few countries they can use specialized platforms for equity-based crowdfunding.

These three elements have acted as the key drivers in the creation of The Entrepreneurship Era. Now the question is, what needs to happen for it to reach the next level? 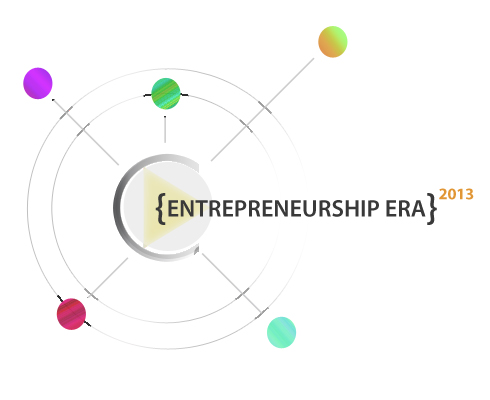 Entrepreneurs need to build connections with other entrepreneurs in similar fields and start creating ‘collaborative hives.’

Once many entrepreneurs get started, they bury their head in the sand and become myopically focused on building their own enterprise. In today’s world, we need entrepreneurs to search out other entrepreneurs and partners in similar circumstances and start developing hives, physical and virtual workplaces, to collaborate. The future is less about one big idea and more about a big collection of small ones.

While a few ironclad entrepreneurs have been able to successfully put the pieces together and launch their ventures, millions are waiting on the sidelines because they simply don’t have all the tools to launch a new company.

Incubators and workshops are great, but what we really need is active entrepreneurs to educate sideline entrepreneurs by giving them practical advice and sharing real experiences (E2E). This could include providing short-term shadowing opportunities, sharing live case studies, or launching a weekly videocast to talk about what’s happening in the trenches.

It’s not celebrity entrepreneurs that people need to follow, it’s those who are one or two steps above them.

Nobody wants to see the government mentioned in a post related to entrepreneurship, but in today’s world we need governments to recognize the power of entrepreneurs to reshape our current reality and start putting in policies to support that. These include, but are not limited to:

Certain governments have already begun putting programs in place to lure global entrepreneurs to their country, while others are actively preparing the groundwork:

Overall, the call to bring big-picture solutions to pressing problems and restore balance to the global economy is being answered by entrepreneurs everywhere; but the work has only just begun. The shift to a more fluid and balanced economy requires deep collaboration and global action, from everybody. So get on board and join the movement, because the impact is imminent!

What do you think entrepreneurs need to be able to scale their impact?

+ The Redistribution of Dealflow
+ Finance 2.0 – Wall Street meets The Web