What a year it has been. 2012 was a whirlwind that took me around the world in my quest to study a few of the big changes happening in the world of business. Now it’s time to put the feet up, grab a hot chocolate and look in the rearview at the highlights of 2012.

While it’s hard to imagine another year has passed us by, 2012 was certainly a memorable one. My year started off in South America and ended in Europe, with pit stops in various other places along the way. It was a year of R&D, a year to study the shifting landscape of global business.

And what a shift there was. At the beginning of the year, for example, few people had even heard about crowdfunding; now it’s making the headlines in newspapers and magazines around the world. The theme of the blog has been the ‘New Era of Business,’ not simply because it’s cool to brand around new-era themes, but because we really are entering a new era of business!

It was a lot of fun to see a few of the large-scale movements while they were happening. In London, for example, nobody could of conceived of the collapse of the investment banking industry five years ago; now it has become a possibility thanks to a little light-touch regulation and a few small scandals (ie. LIBOR). In the wake of the aggressive, ultra-competitive banks is emerging a new breed of agile, values-based enterprises who use collaboration as the mechanism to build their businesses. If you’ve read our blog a bit you may have noticed the ‘Generation Collaboration’ image, and that’s because collaboration will be the hallmark of the most successful crop of next-generation enterprises, full stop.

Another big change in the making is the youth movement. The way Gen Ys are doing business is very different than any other generation previously; part of it has to do with technology and part of it is the way we are wired. During My Crowdfunding Study, I met with the ‘Cara from Catarse,’ the young twenty-something Co-Founder of Catarse, and saw first hand how Gen Y businesses are being designed to be the opposite of the traditional company. Open, transparent and untethered, these youth-driven enterprises are approaching business from a whole new perspective, and the timing couldn’t be better.

To commemorate the year end, I am going to go through my five favorite blog posts from 2012 and talk a little bit about what I like about each one. It’s not based on analytics or popularity, but rather about what was fun to write about and what made some sort of a lasting impact on me. So here are my Top 5 from 2012:

My Crowdfunding Study (www.mycrowdfundingstudy.com) started off in Buenos Aires, Argentina back in January. When I wrote this post for the Lumos blog (all other posts located on the My CFS blog) it was right before I was getting started. I had no idea what to expect and I was sitting at a desk in 40 degree heat trying to straighten out my thoughts. It turned out to be an incredible trip, you can read the interview I did with Shareable:

In 2012, I started to notice a big shift in the social-business sphere. Rather than just a small group of social entrepreneurs putting together a few feel-good stories, a more tenacious, resourceful breed of social enterprises are emerging, ones with some serious teeth. I wrote this post while waiting for an airplane and I felt so strongly that it needed to be top notch that I had it edited (by Mr. Peach’s Editing Services). In the post, I drew on stories about entrepreneurs who I had met during the year: one was Solidarium, who I met while I was down in Brazil on MyCFS, and the other one was Fundweaver, a new First-Nations crowd platform based out of Canada. One of my personal faves from 2012 and very well written (/edited) :)

+ Social Enterprises and the Rise of the Impact Entrepreneur

After studying crowdfunding in South America, I started researching crowdinvesting (equity-based crowdfunding). Seedrs, based out of London, was the first regulator-approved crowdinvesting platform in the world, so I headed over to the UK to learn more. I wrote this post after a hectic two weeks in The City, which had me so excited about the next generation of finance that I didn’t want to leave. Seedrs, along with a number of other new-finance startups, are really reshaping the world of early-stage finance. Finance 2.0 was definitely one of my favorite stories of 2012. I was interviewed in the Investors Chronicle in London about crowdinvesting, click the link below to download the PDF:

+ Investor’s Chronicle – The Wisdom of the Crowds

To say it’s been a tough year in Spain would be a bit of an understatement. But they say ‘pressure makes diamonds,’ and I found that to be particularly true during my week in Spain when I met @goteofunding, @megafounder and a few members of the @OuiShare network, among others. When I left Spain it took me almost two weeks to pencil my thoughts down, as there are a number of moving pieces that you can see starting to come together to form ‘The Collaborative Economy.’ Each story that I learned about had its own unique set of lessons that could really be applied in a number of different markets, that’s why I loved writing this post. The feedback I received was also really great, there was love all around on this one.

+ The Collaborative Economy – Inspiration from Spain 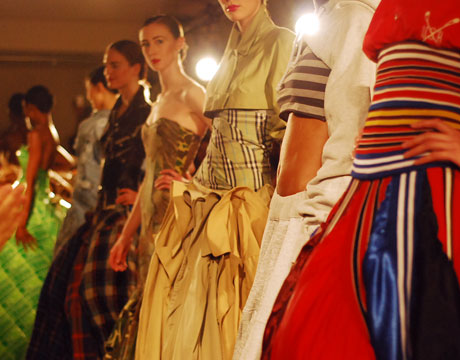 This post is a bit of a wildcard top pick, but I feel like in the long run it could be a building block for something cool. I have been interested in fashion as an industry for the last few years, but when I stumbled across the ‘Beyond Fashion Summit’ on my last day in Berlin, my interest got taken to a whole new level. It was there that I really could see the beginning of a whole new era of fashion; and it doesn’t have nearly as much to do with style as it does sustainability. At the conference I got given a book called ‘Naked Fashion’ and it helped me see just how unsustainable the fashion world really is. I am really looking hard at the industries where you can make a big impact and be profitable at the same time, and I think fashion tops that list right now. There are so many components and complexities in the fashion business, which is why I ended up writing such a long post about it, but wow is it unsustainable. After the conference in Berlin and a couple weeks in London, I felt inspired to start researching a few ideas of my own. Hopefully a few people read this post and do the same :)

+ A New Era of Business – Fashion

And that’s 2012 in the rearview from my perspective. Naturally, I would be much more interested to hear what you, the readers, thought were the best posts of the year.

If you have been quietly reading the blog for the last little while, say hello. If you been reading the blog for any length of time, quietly or otherwise, it would be great to hear from you. I would love to hear any thoughts, perspectives, ideas, or whatever else comes to mind. Now is the time to dish out on what you liked, didn’t like, would like to see, etc. 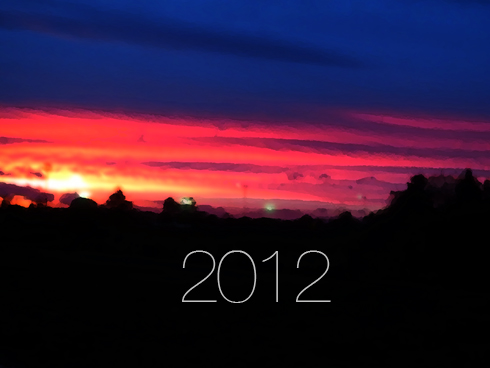 Whatever happens, we’ll try and continue to share as much of it as we can here at the @LumosBusiness blog. Impossible to foresee what’s ahead, but I think it will be a great year.