Social Enterprises and The Rise of the Impact Entrepreneur

Is the world in social recession? Since 2008, much of our focus has been on the global financial crisis and the pursuit of economic growth. Largely left in the dark, however, a multitude of unresolved social issues have continued to stretch many segments of society to the seams. As more and more people try to wrap their minds around our planet’s most pressing problems, a new generation of entrepreneurs is set to take the wheel: the impact entrepreneur. These pioneers are using social enterprises — businesses created with a focus on social impact that still maintain long-term profitability — as the vehicles to drive in a new era of social innovation.

As you go about your daily life, it probably wouldn’t take you long to identify some sort of social issue or injustice that has a negative effect on a (typically large) group of people in society. These types of problems are everywhere around us, and in most cases they are complex, multi-dimensional issues that have a long history. It’s not that many of us would not like to resolve them – after all, I’m sure most people would like to solve world hunger – it’s just that most people don’t know how.

But there is group of emerging entrepreneurs, ones with the sensitivity to see to the core of the issue and the street smarts to propose a solution, who do know how – at least they think so anyways – one problem, one day, one step at a time. It is these entrepreneurs, the ones with the power to drive in sustainable solutions to deep-seeded social problems, who are emerging at the precise moment in history when we need them the most. Their vehicle? The social enterprise. 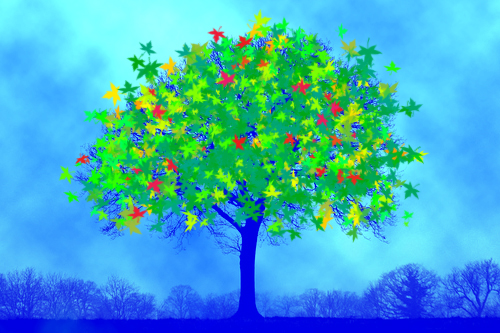 The social enterprise is a new type of business that blends the processes and practices of a normal business with the social focus of a non-profit. The goal of the social enterprise is not to maximize profit for its shareholders, but rather to make a positive impact in the lives of as many people as possible. It nevertheless runs by the same principles as a startup company and has its own business model, seeking profitability over the long term.

While I first heard about the concept of social entrepreneurship in business school, it wasn’t until I stumbled across the Unreasonable Institute (see blog post Beyond Reason – The Importance of Being Unreasonable), a next-gen incubator for scalable social enterprises, that I actually began to understand what a social enterprise was. After all, we are all familiar with the work of charities and non-profits, with many of us making donations to them on a regular basis. The social enterprise is different, however, because it uses an entrepreneurial approach to resolve the social issue and makes money in the process.

What are some examples of such social enterprises?

When I was in Brazil doing research for My Crowdfunding Study (see blog post Social Business and Crowdfunding – My Days with Alianca and Solidarium), I had the chance to meet up with Tiago Dalvi, founder and CEO of Solidarium. Solidarium is a Brazilian social enterprise that has created an online marketplace for Brazilian artisans who reside in low-income communities (there are more than 8 million of these artisans, 2 million of whom live on less than $2 per day). Through this marketplace, these artisans have a channel to sell their artistic creations directly to the consumer (Brazilians and global citizens alike) and slowly move themselves out of poverty.

Solidarium was one of twenty-six social enterprises featured in the 2011 version of the Unreasonable Institute, and the company was able to ride the momentum from this event to secure an investment earlier this year. Now the company can expand its team and can multiply its ability to make good on its mission.

As a more local example, Fundweaver, the first crowdfunder for Canadian Aborginal communities, opened its doors for business earlier this year. Crowdfunding, where a large number of people donate a small amount of money to fund a cause, has the potential to help a lot of First Nations individuals who struggle to find sources of funding for important community projects. The idea for Fundweaver came when the company’s founder, Colin Lyons, had a chance encounter with the group who started the first crowdfunding platform in Brazil, Catarse (see blog post A Chat with the Cara from Catarse).

Colin brought the idea back with him to Canada and now Colin and his partner Mishon Sutherland, who runs community relations and PR for the platform, believe that Fundweaver has the ability to make a high-level impact on Canada’s aboriginal communities. By harnessing the power of the crowd, Fundweaver ensures that individuals within these communities will have their say as to what projects are important, and ensure they get funded in the process.

Several recent developments in the world suggest that governments and prominent organizations alike are starting to pay attention to the power of the impact entrepreneur. British Columbia’s provincial government recently released a report that outlined a series of recommendations to spark social innovation in the province. Included in those recommendations was a call to legislate the newly proposed Community Contribution Corporation (CCC) structure, designed specifically for social businesses. In accordance with similar developments in other jurisdictions (ex. the B Corp) the CCC structure would give investors in social enterprises, like Fundweaver, a tax credit.

Along with a high level of community support, these types of enterprises need investors. The whole model behind the social enterprise is premised on maximizing impact over profitability. While investors would not expect to see the potential financial returns they might get in the (cough … ) stock market or (yikes!) tech sector, they could expect to see some very positive results in a number of peoples’ lives, as well as a potential financial return farther down the line. Profitability is built into the social enterprise model, at least by my definition, but it is part of a long-term process that is correlated with social impact.

Overall, I believe the rise of the impact entrepreneur will be one of the greatest stories of our generation. Tired of sitting around on their hands watching the world pass them by, these entrepreneurs are waking up each morning to create a new reality for those that need it the most. Don’t let these stories go by the wayside, support these entrepreneurs in whatever way you can, as we need their energy and intuition to help resolve the biggest problems that stand before us.