Brazil – it’s a country that has captured the attention of many around the world, sometimes for good reasons, other times for not-so-good ones. No matter which way you slice it, however, the future is bright for the superpower in the South. Recently, I spent several weeks in big, bad Brazil, so I thought it would be fun to recount a little bit of what I saw, and talk about why I believe Brazil is the future frontier for companies of all shapes and sizes.

It isn’t until you are about to touch down on the ground of Garulhos international airport in Sao Paulo that Brazil really hits you. As your plane makes its descent into the urban megalopolis that is Sao Paulo, you begin to realize that you have probably never seen what you are about to see. Brazil is big, its bad, and its bold, and it doesn’t take you long to understand that there is much more to the country than what meets the eye.

For the past number of years, the majority of media attention in relation to Brazil has been about a rapidly growing economy, Carnaval and the 2014 World Cup. The moment you step out of your taxi into any one of Brazil’s many urban jungles, however, you begin to see that Brazil is really about its people, the culture and the story of its emergence as a nation, a story that is only beginning to be written now after decades in despair. 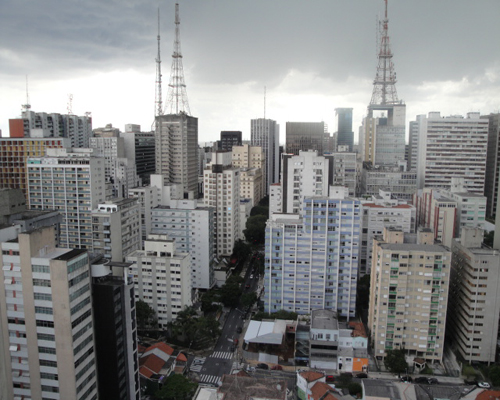 In the heart of Sao Paulo

The first thing that strikes you about Brazil, other than its size, is its vibrancy. The streets of Brazil are alive and there is an energy in the air like no other. An array of colours decorate the streets and numerous aromas fill the air, as the Brazilian people have awaken to the reality that their time has finally come to step into the spotlight.

Despite the energy and enthusiasm that greets you, there are also a few startling realities that don’t take long to identify. Poverty, traffic, and pollution, are a few of the more prominent issues, but it is the income disparity between rich and poor that is truly shocking.

All in all, the combination of different elements makes it quite a shock for the average Western foreigner making his/her first trip into the big Brazilian cities. But once the shock wears off, and you start to settle into the Brazilian culture, you begin to realize that there is something special going on in this country.

I arrived in Brazil in mid-January and spent a little over five weeks exploring various cities and parts of the country. The focus of my trip was the new crowdfunding trend (I wrote about my trip here at www.mycrowdfundingstudy.com), which began back in January of 2011 when Catarse (www.catarse.me) launched the first crowdfunding platform in Brazil. During my study, I had a chance to experience the culture, learn the language, and get a glimpse of what I believe will be one of the most exciting and robust markets for decades to come.

A year ago, I wrote a blog post titled, Brazil: An Emerging Hotbed for Entrepreneurs, discussing the reasons I believed Brazil would become a global hotspot for entrepreneurs. During my trip, I met a lot of entrepreneurs and had a chance to learn about both the culture of everyday Brazil and the business culture there. Just to simplify it, I am going to break down Brazil as I see it today, and where I see Brazil going in the future. 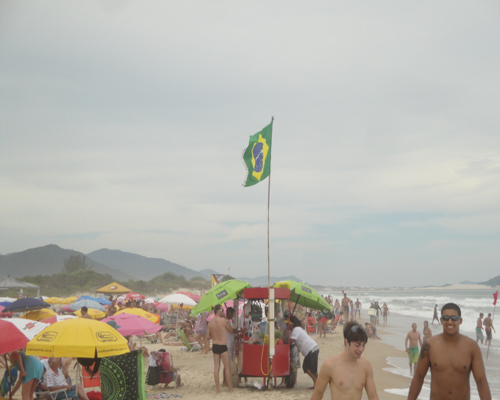 Culture – the Brazilian culture is open, inclusive and social. In general, the Brazilian people are extremely endearing and energetic, and they like to be a part of things. There is a going-out culture throughout Brazil, as Brazilians love to go out on the town, meet with friends and family, and spend time socializing. The hallmark of Brazilian culture is the receptiveness and eagerness of the people to experience new things and meet new people.

Business Environment – At the higher levels, Brazil’s business environment is characterized by corruption and greed. Many of Brazil’s wealthy fly around in helicopters and spare themselves no luxury while the majority of the population lives in absolute poverty. But amongst the middle-tier and the younger generation, a new business environment is being formed, one based on trust, collaboration and openness. The Brazilians are very globally minded and the majority of entrepreneurs and business professionals speak English. Their natural spirit of entrepreneurship makes them open to dealmaking, partnerships and new ideas.

The Market – Brazil has over 200 million people and the middle class is growing at a rapid pace. These middle class Brazilians want a lot of the same things that we have in North America (the i-Phone, Rayban sunglasses, etc.), but they pay a premium for them, in most cases 2-3 times the price we pay. The Brazilians are feeling the growth and are excited to spend their money on top-tier international brands. With such a large population, Brazil represents a huge opportunity for many new companies looking to expand into global markets.

Social Issues – Globally, Brazil ranks amongst the poorest in terms of many social indicators and income disparity. Many Brazilians live in abject poverty in favelas and have little or no social support. But Brazil is also growing a strong social entrepreneurship sector and is seen as a model in many regards for how to develop a strong social business sector in an emerging economy. Despite the large number of social issues, many Brazilians I met demonstrated an awareness of the problems and a desire to want to solve them, especially the younger generation.

Challenges – The biggest challenge with Brazil, in my opinion, is the language. Portguese is the language that you hear throughout the streets wherever you go, and there are many places in Brazil where very few people speak English. In Sao Paulo for example, many people working in prominent companies will speak both, but it would be difficult to navigate through Brazil with English alone. Portuguese is quite a difficult language to learn, but the Brazilians get excited when anyone makes an effort to learn even a few words.

The second major challenge is social issues. You see a lot of the direct affects of the social disparity simply by walking the streets of any major city; this disparity leads to crime and creates a palpable social tension; therefore, a foreigner needs to be careful and ensure that he/she is traveling with, or based on the advice of, local Brazilians.

Barriers to Entry – Brazil is notorious for its bureaucracy. The Brazil Cost, for example, is estimated to be about 5 months, and it refers to how long it takes to open a new business in Brazil. Then there are the visas, which anyone from North America needs to enter the country, even as a tourist. There are also a number of other smaller barriers that make it difficult for a foreigner to successfully enter Brazil. In general, with the language included, there are many barriers that make it difficult to enter Brazil.

The Future of Brazil

*Young Entrepreneurs*– the following video, O Sonho Brasiliero (the Brazilian Dream), highlights the emerging youth movement in Brazil. Lead by entrepreneurs and advocates for social reform, Brazil’s young generation is armed with the energy and enthusiasm to transform the nation into one that is much more equitable and efficient. What impressed me the most about Brazil’s young entrepreneurs was their sincere desire to change the system, rather than simply start something to be a part of the startup scene. I believe that these young entrepreneurs will redefine Brazil over the decades to come and shape the country into a global mecca for entrepreneurship.

Social Business – the combination of the fact that Brazil has a large number of social problems and there is a natural spirit of entrepreneurship amongst Brazilians, leads me to believe that the social business/entrepreneurship sector will become world class, and act as a beacon for other emerging economies looking to solve large-scale social problems.

An Abundance of Resources – Brazil has so many natural resources, from oil to fresh fruit, which so many people in the world will covet. Because so many of these resources still remain untapped, Brazil has the opportunity to become a leader in sustainable resource development in the decades to come and share its treasures with the world.
——————————————————————————

Overall, the best part of Brazil is that it’s fun, it’s alive and it’s open for business. Any company, big or small, that wants to expand its presence internationally needs to put Brazil on the radar and start researching strategies to enter the market. As Brazil is now officially one of my favorite places in the world, I will continue to research new opportunities and develop new connections. Feel free to drop me an email (joel at lumosforbusiness dot com) if you are interested in discussing more about Brazil.

+ Building Blocks for the New-Era Business
“+

Brazil: An Emerging Hotbed for Entrepreneurs