Crowdfunding and the Creation of the #neweconomy

While investors around the world continue to watch the stock market swing like a seesaw, a new funding model is taking shape that has the potential to reinvent how entrepreneurs access capital. The crowdfunding model, where a large number of investors each contribute a small amount of capital to fund a project, has caught fire around the world. In this blog, we will look at the driving forces behind the crowdfunding movement and how it has the potential to transform the global economy.

To say that the economic prospects for the global economy have looked brighter would be an understatement. As several of the world’s most developed nations stare down the barrel at a potentially deep recession, many are wondering how to deal with their massive debt burdens. The answer, according to most, is to develop an ecosystem of startup companies; yet in today’s world, the path to raising capital for the typical startup is as difficult as it ever was.

In its current form, raising capital for a startup company is a very vertical process, one where an entrepreneur is essentially asking for permission to raise funds from the small number of people who administer large amounts of money. The path usually goes something like this:

With this conventional, vertical financing path, many entrepreneurs with big ideas are unable to launch because they lack the capital at the early stages. Take Johnny the typical entrepreneur:

Johnny has a great idea, so he does some research, writes out all the details and then tells his friends … and they love it.

The problem is that Johnny has nowhere to go with his idea; he doesn’t have the capital, his friends and family don’t have enough money, and he has no investor contacts. So the idea goes to waste. That is until crowdfunding came into the picture. 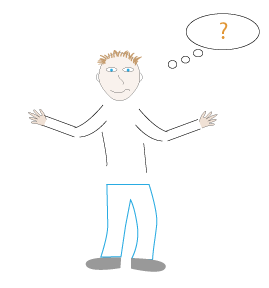 With crowdfunding, Johnny can create a video to explain the project and outline a plan for use of the funds, then post it up on a crowdfunding platform (see examples below) for the crowd to vote on with their dollars. If they love it, they will fund it – the project needs to reach the specified goal in the allotted period of time (typically 60 days) to be funded.

In their current form, the majority of crowdfunding sites work on a donation basis, where ‘investors’ donate the capital (typically between $10 and $10,000) in exchange for a social reward (ie. front-row concert tickets for the rock bank you supported, the first shipment of the new product that you backed, etc.). We are, however, at the frontier of a new era of crowdfunding, where investors can take real equity stakes in businesses through registered crowdfunding platforms (more on this below).

The key enabler for crowdfunding is technology, but the driving force behind the movement is a desire for a more democratic way of investing. By leveraging the collective intelligence of the crowd, businesses are able to finance themselves and move to market much more efficiently than in the typical system. In most cases, investors also become buyers, cheerleaders and social supporters, all in one.

So who are some of the early pioneers in the crowdfunding industry?

Kickstarter– Many consider Kickstarter to be the pioneer of the crowdfunding movement. Having launched in the 2009, the New York-based company recently eclipsed the $100 million dollar mark in capital raised through the platform. (learn more about how Kickstarter works here …).

Ulule – More than just a cool name, Ulule is also a pretty powerful platform. In its first year, the company has helped 359 aspiring artists and entrepreneurs launch their projects. Ulule brings other features to its platform to increase its reach, such as multi-lingual capabilities and a store for presales. (Check out the team behind Ulule).

Idea.me – The crowdfunding movement is in full force in Latin America, and Buenos Aires-based Idea.me is helping to pave the way. While not the first platform to launch in South America, Idea.me is the first major site to finance projects across different Latin countries, including Argentina, Chile, Colombia and Mexico. (See the faces behind Idea.me)

ProFounder – Co-founded by Jessica Jackley, a member of Kiva’s founding team, ProFounder streamlines the equity-raising process for new ventures in the US by allowing them to efficiently navigate stringent US security regulations and raise funds (both private and public) through the company’s platform. (learn more about how ProFounder works … )

So how will crowdfunding lead to the creation of a better economy?

Many of today’s most prominent business models are not structured to meet societal needs in an economic, social, or cultural context; innovation needs to come from the bottom-up. Yet countless numbers of entrepreneurs, artists, social enterprises and others sit on the sidelines waiting for an opportunity to make their mark on the world, needing only a small amount of startup capital and the support of their community to get started. The new economy will be structured to efficiently bridge this gap, and crowdfunding will be a prominent catalyst in redefining how enterprises are created.

The key to the movement lies in the power of collaboration and community; instead of trying to walk uphill into the wind to get a venture off the ground, entrepreneurs and artists are able to get a gust of wind at their back right from the beginning.

What’s coming next for crowdfunding?

The next step will be to enable investors to take real equity stakes in startup companies on registered crowdfunding sites. Already, a few sites have launched or are in pre-launch phase in the United Kingdom, while The Entrepreneurs Access to Capital Act, which would legalize startups to raise funding via registered crowdfunding platforms, awaits Senate approval in the US. Estimates range as to how many new businesses will be created once crowdfunding investing becomes legalized, but the results could be massive.

Overall, crowdfunding represents a paradigm shift in the way businesses are formed and funded. Instead of taking an idea to the few people with large amounts of capital, crowdfunding enables the inventor, artist or entrepreneur to take their idea directly to the crowd for funding, support and feedback. Soon the path to setting a venture in motion will be streamlined significantly, and people everywhere will have the power to spark new ideas from their laptop – this is definitely a crowd worth joining.