Taking your Message to Market: Lessons from #15m

What started as a spark of energy in the Spanish streets earlier this spring has now become a full-scale global protest. Spain’s #15m movement, the first large-scale social movement outside of the Arab world, has spurred a wave of protests in the streets of major cities around the world, which culminated in a unified global protest on October 15th (#15o). In this blog, we’ll look at the communication tactics used to make the movement happen and see what lessons can be applied to make your message heard in the marketplace.

On Saturday May 15, 2011, the streets of Spain erupted in a wave of indignation against the Spanish government and financial sector. Catalyzed by young people and supported by (almost) everybody, Spain’s “indignados” tapped into a vein of discontent and motivated thousands to #tomalacalle (take the streets) and start a movement (#spanishrevolution, #15m). Despite being smeared by mainstream media, ignored by the government and beaten by police, Spain’s indignados have been successful at making their message heard, not only in Spain, but around the world.

Following the success of the #15m movement, the groups primarily responsible for igniting the movement (Democracía Real Yá and Juventud Sin Futuro) wasted no time in organizing #15o. As we saw recently, their ambition to unite the world around common issues (see ‘unidos por un #globalchange’) came to fruition.

Within the #15m movement, there are many valuable takeaways for any organization, whether a social enterprise, business or otherwise, on how to create some serious buzz. Here are a few of the key communication tactics that #15m has used to kickstart the movement:

People need to know why they should get behind something.

If you want people to get out of their chairs and spread the message, it needs to be for something worth rallying behind, and people need to know what that something is. The reasons need to be relevant and affect a significant quantity of people.

Democracía Real Yá published a manifesto to educate people about why they should care and how together, real change can be made.

Create common and simple themes that people can easily communicate and spread.

Once people get behind something, they usually want to discuss it and share it. Create one or two simple themes related to your message that people can easily communicate and share (with a #hashtag). 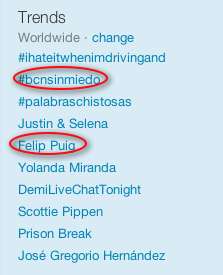 Videos help bring messages & movements to life and add an emotional layer to give people that extra push to get involved.

Make your video short (under 3 minutes), then put some powerful images, clips and wording together, all tied in with your overall theme. Finally, put some music behind it that moves people in one direction or the other (sad, energetic, etc.).

Take Advantage of the Networks

You can take advantage of the networks to not only add scale to your message, but also to engage influential people. The key is to understand how the networks work and to not just open a Twitter account and Facebook page thinking that people will automatically gravitate to your message. Social media is about two-way dialogue and conversation.

From very early on, the #15m movement had influential people behind it ex. @martinvars, @edans. 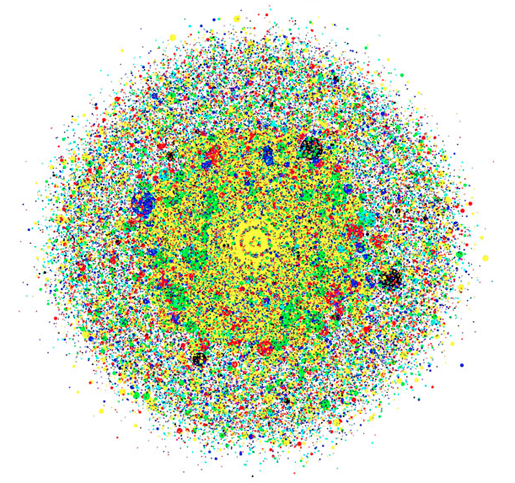 See this amazing report to visualize how the network traffic flowed on #15m.

Whether you are trying to start a global movement, or simply launch a new widget into a domestic market, you need to get people fired-up about what you are doing. Never at any period in history has the opportunity been so great to make your message heard – with some careful planning and creative execution, you can create that buzz you need to make the launch of your idea, venture or project, a hit.