There’s no more disputing it. Social networks are the new norm in the world of marketing. Many wondered five years ago whether Facebook and Twitter would be the next MySpace, but since that time we have continued to see an explosion of growth across all age segments in the usage of social networks. While it’s hard to foresee exactly how things will shake out over the next few years, one thing is for certain, social networks will drive commerce and change the entire business landscape, so you better start learning to tap into that power sooner rather than later.

While some brands may be having a lot of success using Facebook, others Twitter, and maybe others with the newly launched Google+, the key is to understand the fundamentals behind your social strategy. After all, what is social media all about?

Social media is about creating a medium that facilitates real dialogue between engaged people from around the world. Yes we are talking about real engagement. And that engagement is influencing hundreds, thousands, maybe millions of people into making decisions in their daily lives. Whether the topic is politics, the environment, technology or whatever, people from around the world are uniting themselves around brands, topics and trends to figure out how to get more of what they want and less of what they don’t want. 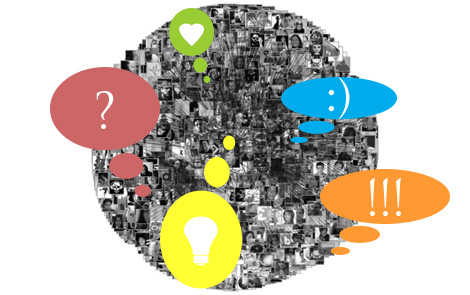 What is so amazing about the social networks is how global they truly are. If Facebook has over 700 million users with a growth rate of approximately 750,000 new users everyday, that’s like adding a whole city worth of people to a giant social web. Twitter, with its over 200 million users, 50 million of whom login daily, is the proxy for a plethora of conversations all organized around a simple hashtag (#). Like streams of consciousness, people are logging in from every corner of the world to have their say of things should be.

So how do you make these networks work for you?

With millions logging in daily to converse about everything under the sun, it’s about finding the conversations that are salient to your business or brand, and becoming relevant in the conversation. With the social networks, you can’t fake it – there’s no flying under the radar pretending you are someone you are not just to slip a quick pro-you sound byte into the conversation. Either you bring something to the table and become a part of the conversation, or you’ll be watching as someone else does.

The key to tapping into the epicenters of the action is to know how to find out what people are talking about. And the best place to start is with keywords. Take a word, or phrase, that is relevant to your business, put a hashtag (#) in front of it and type it into Twitter. As an example, let’s say that you wanted to search something to do with entrepreneurs.

Type in “#entrepreneur” in Twitter and you will find out what people are saying – but keep in mind, that’s only in English. There are also people in Spain, Brazil and everywhere else in the world talking about the same subjects. Knowing a few keywords, and hopefully enough of one or two languages to be able to participate in a conversation, can help your company become part of the “entrepreneur” conversation globally.

What you will find, as your searches become more refined, is incredible sharing of knowledge and insights that span globally across borders, time zones and cultures. Suddenly, you may find out that someone in some market you have never thought of is looking for exactly the product you are selling. And that’s a powerful realization.

Overall, social networks are exploding across the world as people look for new ways to connect with what matters most to them in life. As a brand, knowing how to get involved in this global phenomenon is something that will some getting used to, but needs to be done in order to stay in business over the long term. In today’s world, going global has never been more simplified. Now its time to go do it!