Part II: Spurring Innovation - Why Failure is a Misnomer

In part one of our series, we talked about looking abroad for inspiration and ideas. An idea is only the beginning of the innovation process, as it takes a combination of people, capital, hard work and a little luck to bring it to fruition. Many people, however, are apprehensive to take a chance for reasons that can best be summed as a fear of failure. In this blog, we talk about why failure is a misnomer and how the fear of it holds back many potential innovators.

Failure is something that no entrepreneur (or anyone else for that matter) wants to be associated with. The truth of the matter, however, is that the majority of businesses fail. On average, sixty percent of businesses fail within the first few years of operation. While most people accept in principal the risks associated with starting a new venture, in practice, the fear of failure prevents many from doing so. Failure is the dreaded f-word in business.

It’s important to understand the paradox between the fear of failure and innovation. Innovation, by definition, requires taking a risk, and where there’s risk, there is the potential for failure. Without an acceptance of failure engrained in our culture, the innovation process is suppressed.

Perhaps there is no better recent example of an entrepreneur staring failure directly in the face than Elon Musk and his Tesla Motors. Despite a high-flying start and a hugely anticipated product, the Tesla Roadster, a high-end electric car, the company found itself in dire straits just a few years out of the gate. Cost overruns and major production hurdles sent Tesla into a downward spiral. In 2007, with the company’s future hanging in the balance, Musk executed a brilliant maneuver to get Tesla back on its feet by signing a licensing deal with Daimler. Just as things were looking up again, the 2008 financial crisis hit, and both Musk and his company were on their last legs. Despite having previously made over $200 million through PayPal, Musk had invested everything in Tesla and was down to his last $20 million, leaving him at the moment of truth – invest everything to save the company or let the Tesla dream go. Musk made a bold decision to go for it and convinced his other investors to put it all on the line as well. It was a move that not only saved the company but also the future of the electric car. 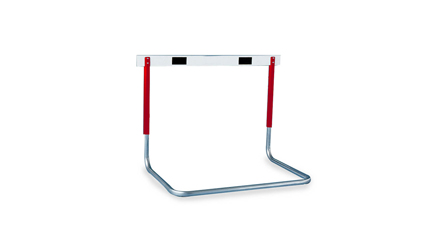 Musk’s fearlessness serves as a great example to show why it’s important to move past mistakes and difficult circumstances, and transcend the concept of failure. Your peers will not give you a failing or passing grade for trying to start a business, or for creating a new product, or for coming up with a new idea. If the initiative doesn’t go as planned, c’est la vie. You learn hard lessons, especially if your business fails, but you are stronger for it. That’s why failure is a misnomer in business.

It’s not to say that everyone should wake up and become an entrepreneur, or try and create the next disruptive innovation. But if the fear of failure holds you back, then it’s time to move forward because at the end of the day, you’ll be happier taking a shot, a well-thought out risk, rather than asking yourself what could have been.

In the next blog post, we look at the creativity factor behind innovation and the silos that stand in the way … check out Part III: Catalyzing Creativity and Breaking down Silos.

Part I: Inspiration from Abroad

Part V – Let the Market be your Guru

Part VI – Does Wesley Clover have it right?

Summary: Saddle Up and Go