Brazil: An Emerging Hotbed for Entrepreneurs

It’s no longer a secret. Brazil, which could only dream about its own potential in the 20th century, is no longer a could-be. They have arrived on the world stage and are ready to transform the global economy in profound ways over the coming decades. While resources and agriculture underpin this powerful economy, a rising tide of entrepreneurship is beginning to emerge. In this blog, we paint a picture of the entrepreneurial landscape and look at the opportunities that exist within the borders of this colourful nation.

Brazil has had a long history of unfulfilled dreams and ambitions. Locals believe Brazil is God’s country due to its bountiful resources and natural beauty, yet political and social issues have weighed it down since the country officially came into existence. But touch down on the runways of Sao Paulo, Brazil’s financial capital, and all this will be forgotten. Beyond being greeted by scorching heat and an amiable Brazilian or two, you will also get a first-hand encounter with the break-neck growth the country has achieved over the last decade.

The country’s transition began in 1995 under the leadership or Fernando Henrique Cardoso, who introduced a number of business-friendly polices and laid the groundwork for Brazil’s rapid expansion. Cardoso gave way to Lula in 2002, who furthered his policies and lead the way towards unprecedented growth. On the back of their resources, specifically deep-sea oil and gas, and agricultural sectors, Brazil has transformed itself from a country that needed IMF loans (in 1998) to a country that now makes them.

Brazil added a big feather to its cap in 2008 when it was given an investment-grade rating by international ratings agencies. Since that time, billions of dollars in foreign capital has poured into the country, adding fuel to the already red-hot fire. The other notable feather in the cap was a successful bid for 2016 Summer Olympics, which along with the 2014 World Cup, will be Brazil’s official coming out party. 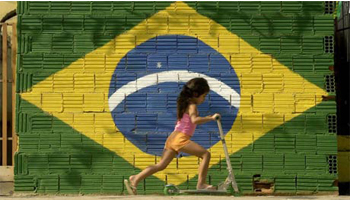 The robust economic growth, stabilized currency, and influx of foreign capital have helped put Brazil on the world map; now the pieces are beginning to come together for the emergence of an entrepreneurial culture that could take Brazil to a whole new level. Many roadblocks still stand in the way of up-and-coming entrepreneurs, but the foundation is in place to build businesses that can transform the national and international landscape, both socially and economically.

When you consider that the population of Brazil is 200 million, you can immediately see the scope of the opportunity that presents itself to entrepreneurs. GDP per capita has risen from $1,000 per person in 1970 to $10,000 in 2008, giving once impoverished Brazilians an opportunity to live a much higher quality of life. While income disparity issues are a factor, more than half the population is now considered middle class. The rise in purchasing power, combined with the sheer number of consumers, create a market that is as ripe for innovation and entrepreneurship as the fruit they grow on their trees.

Despite Brazil’s recent surge in economic activity, there are still a number of inefficiencies that exist. These inefficiencies have created gaps in the market that are non-existent in first-world countries, gaps that need to be filled to ensure the continued progression of the country as a whole. To those who are able to capitalize on the opportunities, the payoff is potentially monumental.

Take Sack’s, a leading perfume e-commerce retailer that recently sold a 70% stake in its business to LMVH (Louis Vuitton). The company was started in 2000 by two entrepreneurs, one whose dad owned a store that sold some perfume. The duo put up a website and began e-retailing perfume and cosmetics, and immediately demand was so great that they had to import large quantities of these items to keep up. At the time it was sold in July 2010, the Company had over 830,000 customers and was one of top-three most visited sites in Brazil with over 4 million unique visits a month.

With so much capital pouring into Brazil and a wealth of opportunities, entrepreneurs are becoming the next hottest commodity after oil and gas. From venture capitalists who want to back the next Sack’s, to foreign companies looking to gain access to the untapped masses through M&A (mergers and acquisitions), the money is there and ready to deploy. Despite the enthusiasm, however, there are a number of roadblocks that stand in the way.

So what barriers exist in Brazil that prevent entrepreneurs from moving forward?

For starters there is the notorious “Brazil cost” that anyone starting a business has to deal with. It refers to the loads of documents, forms and regulations that need to be addressed before starting a business. It takes about 5 months on average to start a business in Brazil, one of the longest times in the world for a country of its stature.

While not very prevalent at the grassroots level, corruption is still present in the Brazilian business culture. Despite having improved immensely in recent years, it is still something that any business owner needs to be aware of when doing business in Brazil, especially in the upper echelons of the corporate world.

Another challenge is related to human capital, as finding a group of skilled, entrepreneurially minded individuals to build a team with is not as easy as it would be in other countries.

Finally, there are issues related to resources and infrastructure that would be uncommon for North American entrepreneurs. Despite Brazil’s growth, they are still emerging from decades of underdevelopment and consequently their technology and infrastructure are not on at the same level as a country like Canada. These issues reduce the efficiency of entrepreneurs and make it more difficult to achieve scalability.

To effectively launch a business in Brazil requires individuals who have the street smarts and business savvy to navigate through the myriad of hurdles. Fortunately for entrepreneurs, they have the support of government, universities and the business community to help them start out. According to one publication, “Brazil symbolizes the way continents of the South are ramping up efforts to nurture new businesses,” which can be seen numerous government programs, such as PRIME, which will give $65,000 to 10,000 startups over a four year period. Additionally, a number of incubators, many based out of universities, have been created to offer training and guidance to new companies in the tumultuous early stages. The incubation also extends into the social sphere, as places such as The Hub in Sao Paulo have sprung up to spur social innovation. 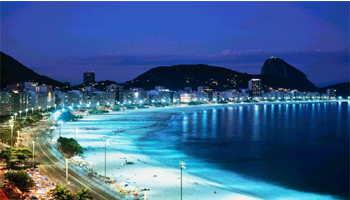 All in all, there are many signs that the pieces are coming together to help entrepreneurs get off the ground. There are no shortage of opportunities on the horizon in Brazil, so if you are sitting there wondering about whether or not it would be a worthwhile endeavor to start engaging with a few Brazilian entrepreneurs to learn more about what is going on, the answer is an emphatic yes!

Brazilian entrepreneurs are typically characterized as warm, hospitable and very internationally minded. The majority speak English fluently and are surprisingly keen to talk about the latest business book, great speech or software program to hit the market. Their openness and charm makes them easy to meet and engage with, which makes the process of building a network n Brazil a breeze compared to other countries.

Overall, a wealth of opportunities will emerge as an entrepreneurial culture begins to take root in Brazil. Despite the host of challenges, there is a new sense of confidence in the country that will help propel entrepreneurs over the hurdles and encourage them to take the risks necessary to develop a new breed of businesses that bring social, technological and economic innovation to Brazil’s approximately 200 million citizens. It will be fun to watch new developments unfold and see the country come into its own as an economic, cultural and entrepreneurial hotbed.

A large portion of research and facts in this blog were taken from Larry Rohter’s book “Brazil on the Rise.” Additional information was sourced from on the ground in Brazil. The blog was written to paint a broad-strokes portrait of the country’s entrepreneurship culture, and while every detail was researched to some degree, it is possible that some aspects are under, over or misstated. Feedback from any angle is welcomed.